Emoticons on Facebook are now more valuable than likes. How to use this to your advantage?

One year has passed since Facebook has rolled out the feature of emoticon reactions. While the first impression for the users was confusing, nowadays, emoticons on Facebook are very popular. And with the newest algorithm change, Facebook makes sure that the importance of emoticons will be even greater.

Not only Facebook but also other social media platforms are trying hard to get the best of their algorithms in order to show the most relevant content to users. In other words, show things that people truly want to see.

And the newest algorithm update does exactly that. Words of a Facebook spokesperson indicate the motive behind the big change:

”Over the past year we’ve found that if people leave a reaction on a post, it is an even stronger signal that they’d want to see that type of post than if they left a like on the post.”

This means that Facebook now sees emoticons having greater value than likes. If a person uses emoticons it takes him more time, meaning, he is willing to take the time to use an emoticons because that content deserves it. And this situation can only happen to the most relevant content. 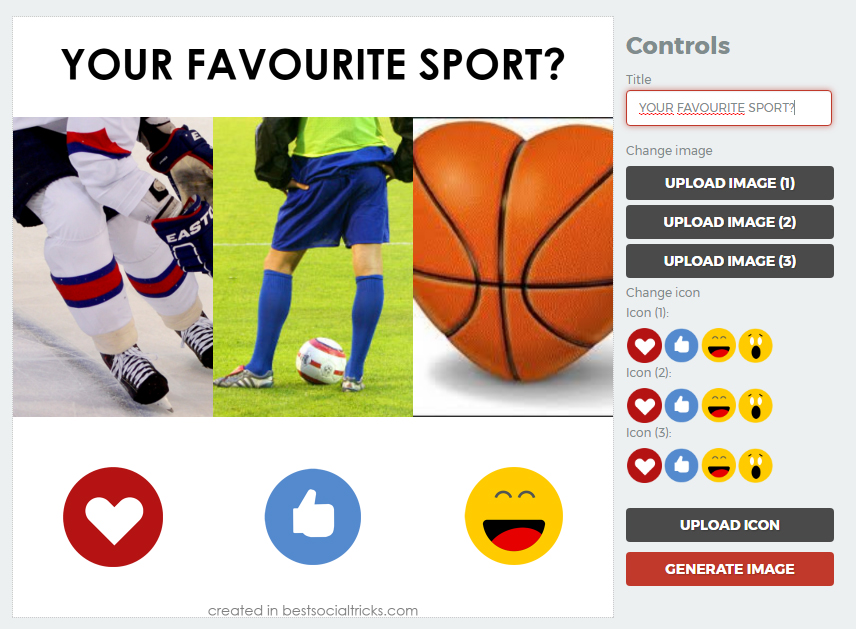 Facebook will assign the same value to all types of emoticons. It doesn’t matter if it’s a positive or negative emoticon, the logic of ranking and the higher value stays the same.

But why has Facebook decided to make this change? To put likes (something that described Facebook more than anything) behind emoticons?

The decision was made supported by facts. In the past year, users have expressed their opinions through reactions over 300bn times. We can surely say this change is no accident and everything leads to people seeing more content they like on their news feed.

The rules of the game have changed once again. And the owners, aiming to get more and more organic reach, need to adjust.

The standard strategy should be delivering content and posts that tell followers to react to these posts/content with emoticons. Use of emoticon voting poll pictures or videos (which are on the rise now) is one example.

Other options are poll generators or video poll generators which are proven to work extremely well. Many Facebook page owners turn to our Facebook Poll Generator to save time and generate high-quality polls which bring higher organic traffic thanks to the intuitive use of emoticons.

Many pages, that have already jumped on the wave of poll generators, have seen an unprecedented rise in organic traffic. But with the newest algorithm update, the situation is going to be even better.

After all, when the emoticons were first unveiled Facebook said that it hopes this will force advertisers and page owners to tailor their posts and specify their content for their relevant audience.

What are your thoughts on this? Are your followers using emoticons? And if not, will you be using poll pictureswith emoticons to boost your organic performance?

View all posts by: bestsocialtricks